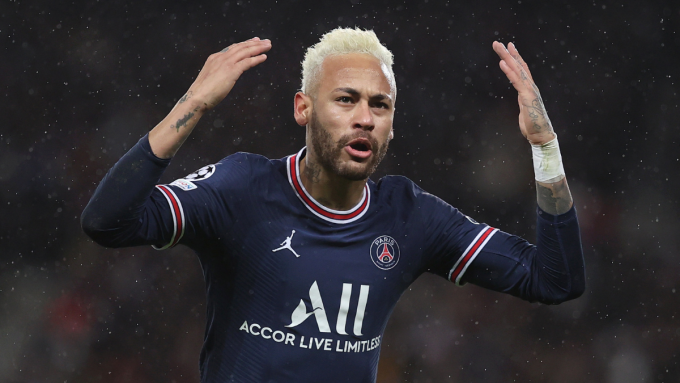 Our 2022 Bet Chat New Year’s resolution was to provide you with even more free content, and so today I’m handing over to professional football bettor Adam Cheng, who has provided a betting preview of the Champions League last 16 ties.

To give Adam’s full service a try, where he shares all of his football bets, just click this link.

The Champions League knockout stages are my most eagerly awaited evenings of the European football season. Year-on-year they produce the best, most dramatic matches to watch, and also bring about the best bets.

Markets are vast and highly liquid and the knowledge that teams will always be going all-out to make the final, playing the way they know best, tends to add assurance to selections.

Here, I will briefly preview the remaining four last-16 ties, the first-legs of which take place on the 22nd and 23rd of Feb. Selections for my service members will follow a day or two before the matches once all the markets have been fully formed.

Having finished second in the group, holders Chelsea got lucky in the draw with French side Lille easily the softest group winner, and it is a tie they should comfortably if not spectacularly qualify from.

The team’s methodical style under Thomas Tuchel suits European football, demonstrated by the 4-0 home win over Juventus which was arguably their best performance under TT and, if they play like they did that night for the rest of the campaign, then they have every chance of repeating last season’s success.

They lead the Champions League’s possession table so far this season and are likely to slowly but surely break down a Lille team that will defend first.

Lille registered the lowest expected goals figure of all qualifiers for this stage and are currently languishing in 10th place in a weak Ligue 1 with a negative goal difference and 36-year-old Burak Yilmaz ploughing a lone furrow up front.

This won’t be the most entertaining tie of the round and Chelsea to win by low goals is probably worth considering.

Villarreal will feel they should have won their group having deserved a lot more than one point from the two meetings with Manchester United, but qualification despite this and ahead of swashbuckling Italians Atalanta will give them belief that they can upset Juventus here.

The Old Lady started the season terribly and are under a re-build after a few years of over-investment, but they have been better in recent matches and are currently unbeaten in their last 15.

The prolific Vlahovic has been snapped up from under the noses of other European superclubs and his arrival cements their position as clear favourites to progress here, but the odds look about right.

Both teams play quite an intense style, and it should be an interesting watch.

A fascinating tie here as two of the most underperforming teams across Europe face off and it’s a tricky one to call.

Atleti have this season ignored everything that has made them so good over the last ten years, conceding more goals than anyone else in the top half of La Liga and scraping through the group only thanks to a late-late show in the final group game in Porto.

They have lost their discipline, receiving eight red cards including three in their six matches in this competition and bookings markets here could be worth a look.

In terms of progress through the tie, it’s a shame Atleti are such a risky proposition at present as it would have been sensible to oppose Man Utd against most teams…

The market continues to overrate Rangnick’s side as they continue to produce poor performances. They were lucky with late goals against the run of play in all of their three group wins and there is a lack of structure and desire throughout the team.

Atleti are probably the bet at the prices to qualify but it wouldn’t be with lots of confidence and both teams can be discounted in the outright market.

Benfica’s qualification from a group containing Bayern and Barca looks great on paper, but the latter were at a very low ebb and the Portuguese conceded nine goals in the two games against Bayern. They also recorded the fewest shots per game and lowest possession of all the last-16 qualifiers during the group stage and are up against it here.

Only Bayern and Man City scored more goals than Ajax in the group stage and they lead the Eredivisie with a mammoth goal difference of +64 after 22 matches. They retain much of the team that should have reached the final three years ago and now also boast the leading scorer in this season’s competition.

Whether they are strong enough defensively to be contenders to win it is doubtful, but they should probably be shorter than 1/3 to progress here.